Today’s consumers want to know that the brands they support are genuinely doing their bit to make the world a better place – and not just as an afterthought. Brands often realise along the way that they need to do more to be a responsible, and by extension, sustainable brand.

But what if your career leading up to that point is in sustainability – and that prompted you to start your own socially-responsible brand? That’s exactly what happened with Laura Clacey of SXOLLIE Xider (the name loosely means ‘scallywag’ in South Africa) which has just become the first B-Corp cider brand.

Laura and her business partner (and now husband) Karol Ostaszewski, a former chartered accountant, are on a mission to transform the cider world, keeping it ethical every step of the way. They’re promoting youth empowerment from within, and take a refreshing company stance of ‘trade not aid.’

For South Africa-born Laura, her nearly four-year stint as a climate change and sustainability advisor for KPMG, a Big Four accountancy firm, meant she was in a unique position to start an ethical brand.

Back in 2008, climate change awareness had begun to heighten and global action was unfolding. Countries had been steadily signing up to the United Nations Kyoto Protocol, pledging to reduce the impact of greenhouse gases on the environment.

Meanwhile, in South Africa, new legislation stated that all companies should file annual reports on ‘triple bottom line metrics’ – relating to environmental health, social wellbeing and a just economy. Or, in other words, people, planet and prosperity, referred to as the ‘three Ps.’

Sounds like a lot of paperwork, right? Well, yes. But it meant there was plenty of work to go around in the non-financial area of the corporate world. Laura’s job was to help enormous, multi-national corporations figure out what sustainability changes to make from the inside. Now, that’s an exciting position to be in while you’re still in your 20s!

However, passionate hustlers Laura and Karol knew they wanted to build their own ethical brand. They were both interested in the craft revolution bubbling within the drinks industry, from beer to botanicals. Right now, there are 1897 active microbreweries in the UK alone!

The duo had realised cider was being left behind – and no-one was capitalising on the delicious South African apples we absolutely love in the UK, like Pink Lady and Granny Smith. So, they decided to focus on single-varietal apple cider, made with 100% natural ingredients, no added sugar, concentrate or flavourings, and of course, a mission to be a true social enterprise.

Against the backdrop of social inequality in South Africa, Laura and Karol realised they wanted to create a brand with as much as possible taking place in-country, to uplift the local community. SXOLLIE cider is made on a single farm in Elgin, Western Cape. The founders are so committed to traceability that they can show you the exact orchard and block where the apples bask in the South African sunshine. 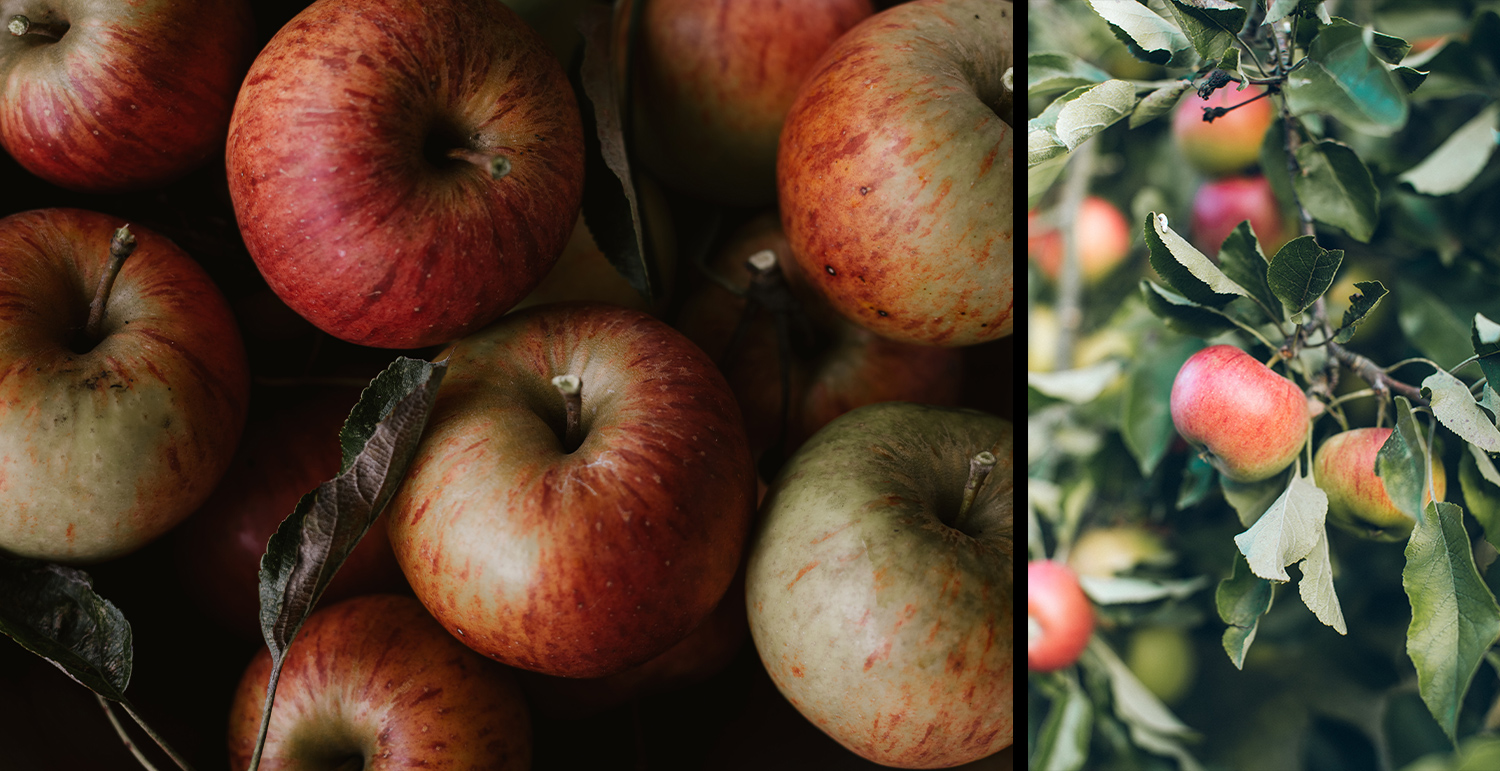 Of course, in the age of greenwashing, you’ve got to have the policies to back up eco claims. SXOLLIE’s ethical procurement policies include annual audits of their supply chain to ensure they too are ethical businesses, from verifying fair wages to the environmental programs the suppliers are involved with.

SXOLLIE also reports to the Global Reporting Initiative Standards on the risks they take as a business and examines how they are meeting the 17 United Nations Sustainable Development Goals. So, it’s clear they’re keen to be an honest and transparent business.

Cider in the UK

Laura and Karol are now based in the UK – thankfully, there are plenty of cider enthusiasts here! They’ve even won the International Cider Challenge. As Laura mentioned on the Bloom by Blue Cactus podcast, it’s incredibly difficult to start a business in South Africa due to the red tape in bureaucracy and difficulties in getting funding. In fact, it took 18 months just to get a liquor licence!

SXOLLIE’s carbon emissions are lower than their UK competitors because they only use natural ingredients. Karol explained on Cape Talk that they ship the apples over in liquid form to decrease their carbon footprint. To further minimise environmental impact, bottling takes place in the UK – plus, their bold packaging is 100% recyclable.

Brands often donate a percentage of profits to charitable causes. But not SXOLLIE – they are committed to a Trade not Aid policy. It might seem unusual, especially for an ethical brand, but SXOLLIE does not subscribe to the traditional charitable donations route.

Laura explains: “In my corporate role, I had become very interested in the social impact that businesses have on communities and their own people, but also the complex intricacies and butterfly effect of making changes within an organisation.

For example, if company X reduces their emissions by not importing an ingredient, then that supply chain collapses in country Y. That leads to unemployment and other social issues.”

Lasting Change in the Global South

She had also realised that when a company simply made charitable donations, it’s difficult to see where the money actually went. Often, donations went to wonderful causes, but not always ones that create lasting, meaningful change for locals affected by the company’s direct business operations.

Instead, SXOLLIE looks to uplift lives by sharing a delicious product with the Global North, using some of that high spending power to boost economic development in South Africa. The brand provides fair working conditions and wages to its suppliers while sharing valuable skills and boosting professional development in the Global South.

Youth empowerment is a cause particularly close to Laura and Karol’s hearts. Having witnessed career fluidity and instability in the UK, they wanted to pay forward the training and mentorship they received in their early professional lives.

The duo wanted to build a team of young (and young at heart) people, bursting with energy, enthusiasm and ideas, learning on the job together.

Laura states: “I believe young people breathe fresh air and energy into our business, keeping us on-trend and on our toes. So, in a nutshell, youth empowerment is achieved both formally (as a policy to recruit young people), but also informally in the approach we as founders take – and expect – from our management team.”

During the pandemic, they’ve utilised the government’s Kickstart scheme to provide nine 18-24-year- olds valuable paid training, and in some cases, permanent employment. Naturally, Laura and Karol put lots of effort into making SXOLLIE a fun place to work, offering perks like backstage passes to festivals and regular pints at the pub.

SXOLLIE recently shared that they’d achieved their goal of becoming a B-Corp, alongside just 600 other UK brands. B-Corp accreditation is a valuable stamp of approval for SXOLLIE and its youthful, ambitious team. It gives consumers an added layer of confidence that we’re buying from an ethical company – and accreditation isn’t given out easily!

Verified B-Corps must meet a rigorous set of criteria from B Lab to meet “high standards of social and environmental performance, transparency and accountability.”

So, What’s Next For SXOLLIE?

The brand says they are thrilled to be part of the B-Corp community, and they want to share their cider with other certified companies to sample – they’re all too happy to demonstrate how they’re a responsible brand. So, if you’re reading this and you work at a B-Corp, why not get in touch with Laura to collaborate!

Finisterre – Fall in love with the ocean again